In the highly competitive automotive manufacturing industry, fractions of a second can mean the difference between winning and losing a lucrative multi-year contract. Feintool maintains its competitive edge by continuously refining its manufacturing processes to be as efficient and cost-effective as possible. 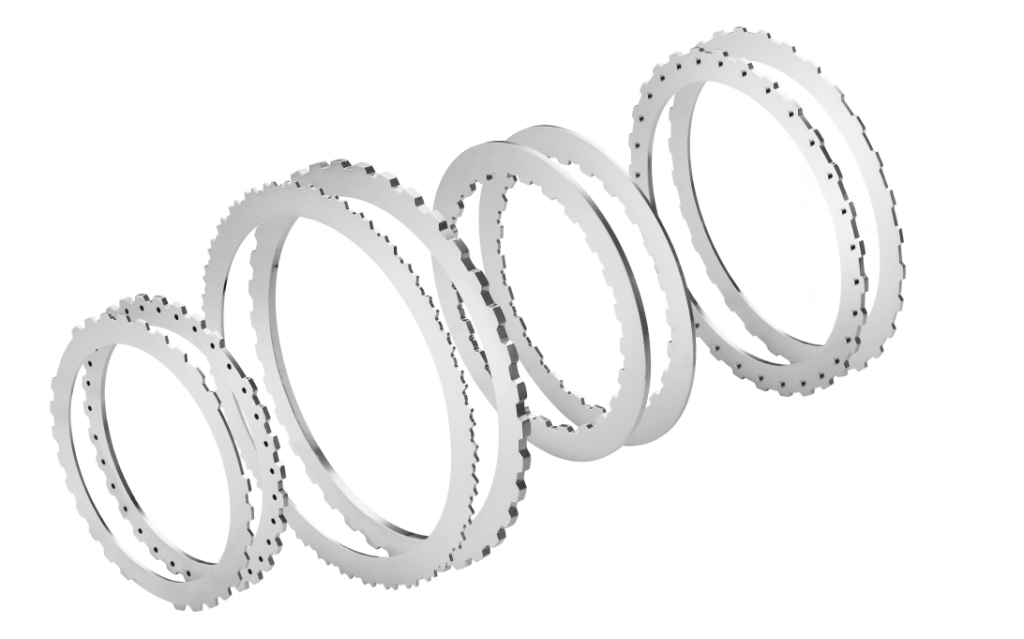 FeinClutch enables the company to manufacture clutch plates at the speed of a conventional process but with the quality of a fineblanking part. Using the new production system, Feintool can produce high-precision clutch plates at a speed of 40 to 60 strokes, or up to 120 parts per minute, which is almost double the previous production rate. FeinClutch generates significant savings on the individual component cost compared to a regular fineblanking process, due to the increased output.

Fineblanking offers a more Repeatable and Robust ProcessFineblanking produces higher-quality parts compared to conventional stamping; the finebanking process is a hybrid way to form metal by combining stamping and cold extrusion technologies. Fineblanked parts are manufactured using three forces instead of one, as in a conventional stamping press. This triple action, which uses specially designed tooling, results in clutch/separator plates with unique features, including:

››Improved overall part flatness by the hydraulic clamping process. The clutch plates are fully supported by the counter punch during the entire fineblanking process, and parts are checked for 100% flatness before packaging.

››Improved perpendicularity resulting in straight walls provided by the tight cutting clearance between the punch and die plate.

››Up to a 100 % cleanly sheared fineblanked finish on the part edges through the fineblanking extrusion process.

Improving an Already Lean Process
Over the years, the automotive manufacturing market has pressed for lower prices on high-volume, high-precision parts, including clutch plates, which has encouraged manufacturers to find new ways to increase efficiencies. 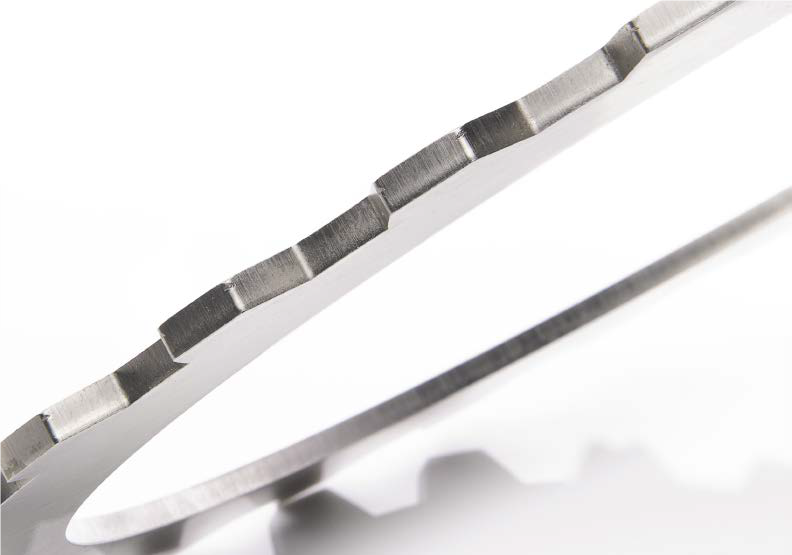 Clutch plate manufacturing at Feintool is already a very efficient process, but the company considered how it could make an already efficient operation faster and more cost-effective. The answer was in getting the part out of the tool as quickly as possible.

The FeinClutch engineering team had several requirements for a new removal system. Not only did it have to be fast, but it also had to be maintenance friendly, robust, simple, and cost effective.

The team worked to develop a solution at the Feintool Technology Center in Cincinnati, Ohio. At the heart of the project was finding a way to optimize part removal speed. The team built a prototype and explored a variety of different configurations for how the removal arm entered the tool, grabbed the part, and exited the press. The team also had to find a way to synchronize the arm’s path with the tool and fineblanking press’ internal sensors; they had to get the removal arm’s movements precisely right because the press wouldn’t run the next cycle until the removal arm had cleared the tool.

A Simple and Robust Solution
After 18 months of designing, building, testing, tinkering, and testing again – which even included using slow-motion video and simulation software to evaluate part ejection – the team delivered a solution that not only enhanced part production but shattered all expectations. 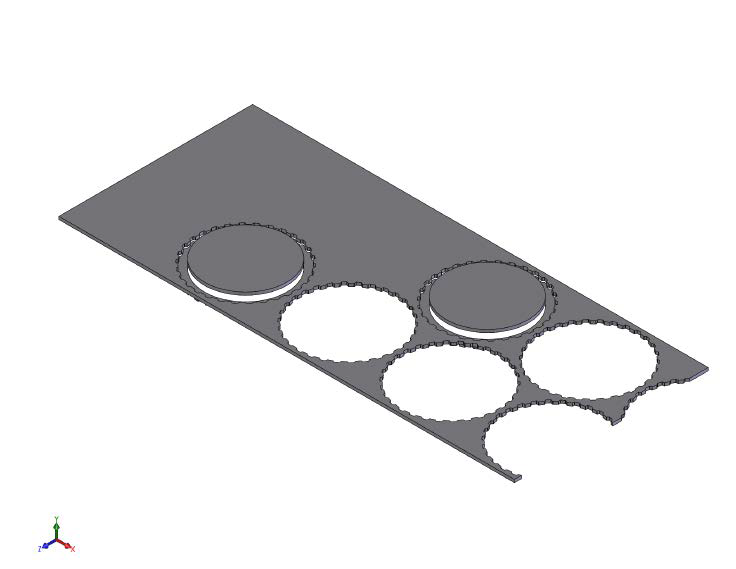 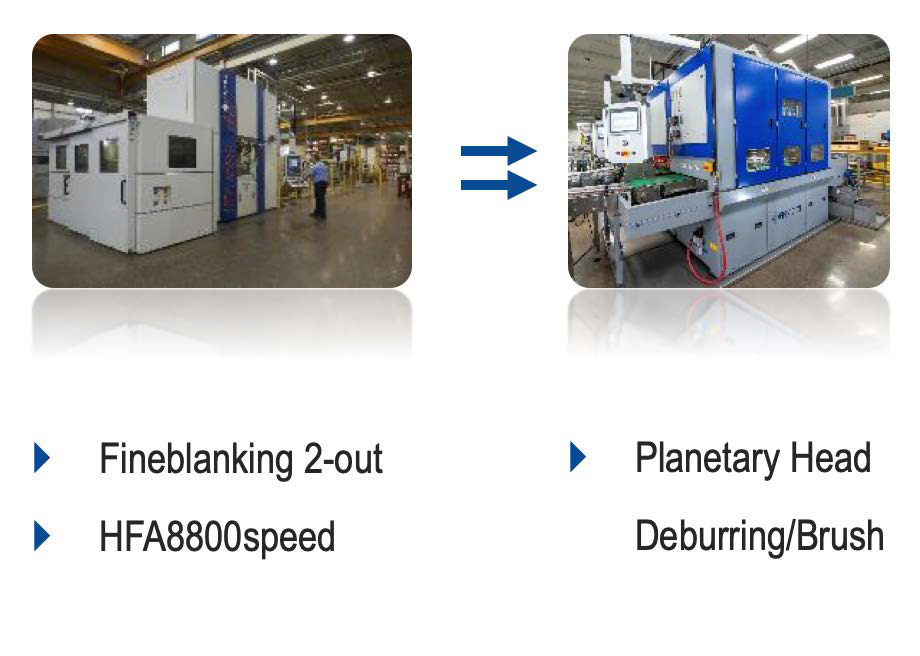 Born in a tool room in Cincinnati, FeinClutch is currently cranking out clutch plates at record speeds at the company’s Nashville facility.

“The advantage of the FeinClutch system is that the removal arm travels a shorter distance and can separate the scrap and grab the part simultaneously, shaving off even more time,” said Beat Andres, Operations Manager-Toolroom & Production Tooling.

“We’re saving valuable seconds by minimizing the time the tool is open,” added Jens-Uwe Karl, Vice President Engineering. “As soon as the press raises, we move the arm in, knock the slug out the back, and pull the part out, so the press can hit the next stroke a split second faster than before.” 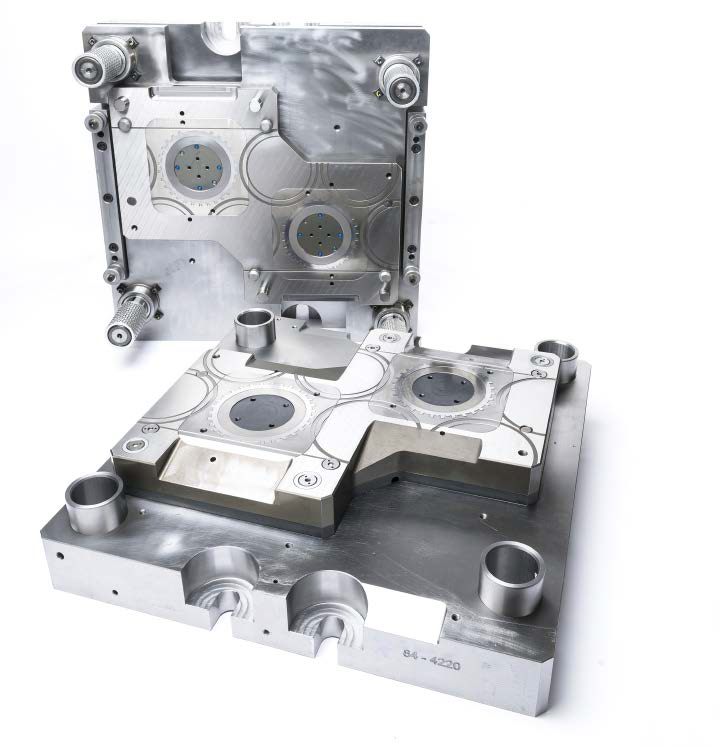 “The basic components of the removal system are standard so that we can use it on tools manufacturing the same parts family,” said Andres. “If the part is thicker, we can make a few minor adjustments. And, because FeinClutch is made from aluminum, it’s easy to move from tool to tool.” This simple installation means the system can be shipped to a production facility and easily installed without extensive training. This adaptability also decreases costly downtime. Should a FeinClutch system go down, the operator can quickly swap out another unit to keep production moving.

The process begins with a precision leveling system for the coil material before the fineblanking process. Feintool uses 21 roll precision levelers with closely spaced 50mm (2-inch) diameter straightening rolls to ensure flatness of the material and the finished component.

“It’s unique technology that competitors do not have,” says Steven Childers, Manufacturing Engineer at Feintool Tennessee. “The process works the coil material very closely. We use small-diameter straightening rollers because they’re spaced close together. This is really critical to achieve consistently flat material, resulting in an extremely flat final clutch plate.”

The FeinClutch fineblanking tooling system can operate in a two-cavity tooling layout for clutch plates up to approximately 220mm (8.66-inch) outer diameter. The two-cavity configuration optimizes the strip layout and minimizes scrap and saves an average of 8 % – 12 % of raw material compared to a one-out fineblanking tool.

After the FeinClutch removal system removes the parts from the tooling area in the fineblanking press, the parts are automatically transferred to the back of the press to a stacking station. 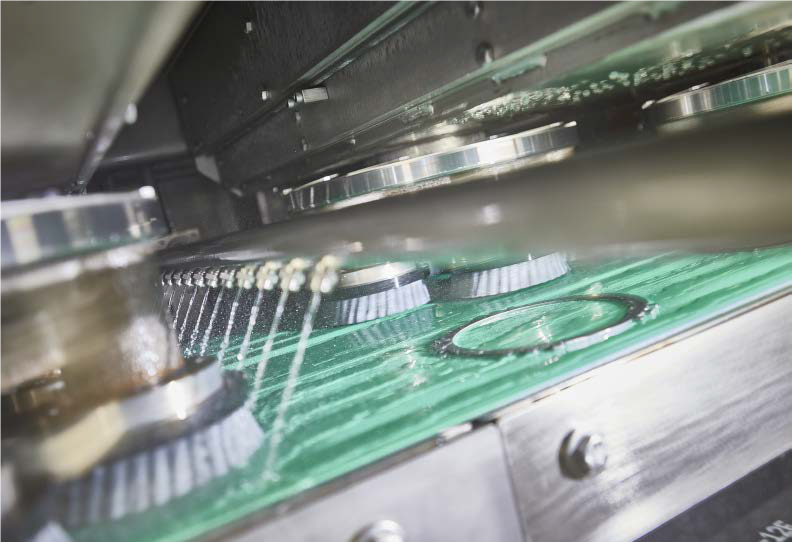 Then, the parts are loaded to a high-tech deburring line equipped with planetary deburring/brush heads. An automated parts flipping station ensures a controlled and repeatable surface finish on both sides of the clutch plates. A 3-stage, 21-foot wash/rust protection line is connected to the deburring line. The ability to go from a fineblanked clutch plate to a finished product on one continuous operation without any manual labor speeds up production and reduces labor costs.

Specially trained employees perform the final inspection because the human eye is still the best way to evaluate every part. These individuals check 100 % for flatness and visually inspect each clutch plate for surface quality before packaging and shipment to customers.

It is this drive for efficiency and continuous improvement that led to the FeinClutch production system. Feintool has a strong reputation as a clutch plate manufacturer globally.

The company has already won quality awards and has been awarded additional contracts based on the production levels and cost savings that FeinClutch can deliver. 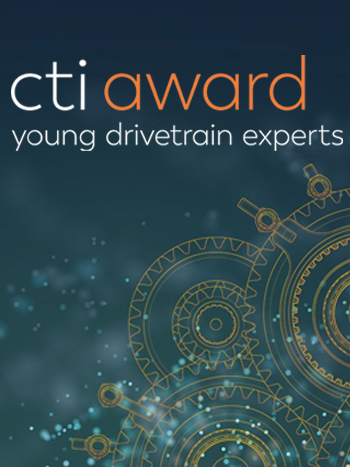 Call for Papers 2020 – Take an active part!
Don´t miss the chance to participate on the premier industry meetings for the transmission and drive community. Closing date is on the 1st of April 2020.
#CTI_Sym
https://drivetrain-symposium.world/de/call-for-papers-2020-take-an-active-part-in-the-program/

Call 4 Speaker! We are looking for your experience and expertise in automotive glazing. #callforspeakers #CallforPapers https://www.euroforum.de/automotive-glazing-usa/call-for-speaker/?referer=RJ