Hakan Yilmaz, CTO, BorgWarner: “Optimize drives for the ‘mission’ of the driver”

For Hakan Yilmaz, CTO at BorgWarner since 2018, three factors determine the success of future drive technologies: CO2 emissions, costs for consumers, and performance. Yilmaz began by naming the sheer variety of architectures (P0 to P4) that even hybridization alone enables. He said BorgWarner had identified the ‘dedicated hybrid engine’ (DHE) as one way to reduce both costs and CO2, together with a similarly dedicated transmission.

Taking a C-segment vehicle as his example, Yilmaz showed that without subsidies, respective TCOs were similar in the USA, Germany and China: PHEVs were cheaper than conventional drives, and BEVs were cheaper still. Eight years on, that still applied in the USA. But in Germany, the balance had tipped slightly in favour of BEV, and in China the respective costs for different drives generally varied less. Yilmaz said that over eight years, subsidies in the USA had barely any effect; in Germany they gave BEVs a small advantage (approx. 1000 euros), while in China both BEVs and PHEVs benefitted.

Yilmaz also gave an interesting account of how engine or motor load respectively affects drive efficiency. In his example, a BEV and a PHEV – each towing a trailer – took the same route on a ‘trip into the mountains’. The bottom line: PHEVs lose more range when loads rise, BEVs when temperatures fall.
Key Takeaways from Yilmaz’ summary: The shift to electrification will continue to be driven and encouraged by regulation. And for plug-in hybrids, growth will depend on how well they can compete cost-wise without incentives (traffic conditions in respective markets also play a role here). Hence, Yilmaz said, drives must be optimized for the ‘mission’ of consumers. As a result, BorgWarner would continue to back P0 to P4 drive components – but also ICE systems – across the board to support tailor-made drive solutions. 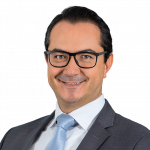