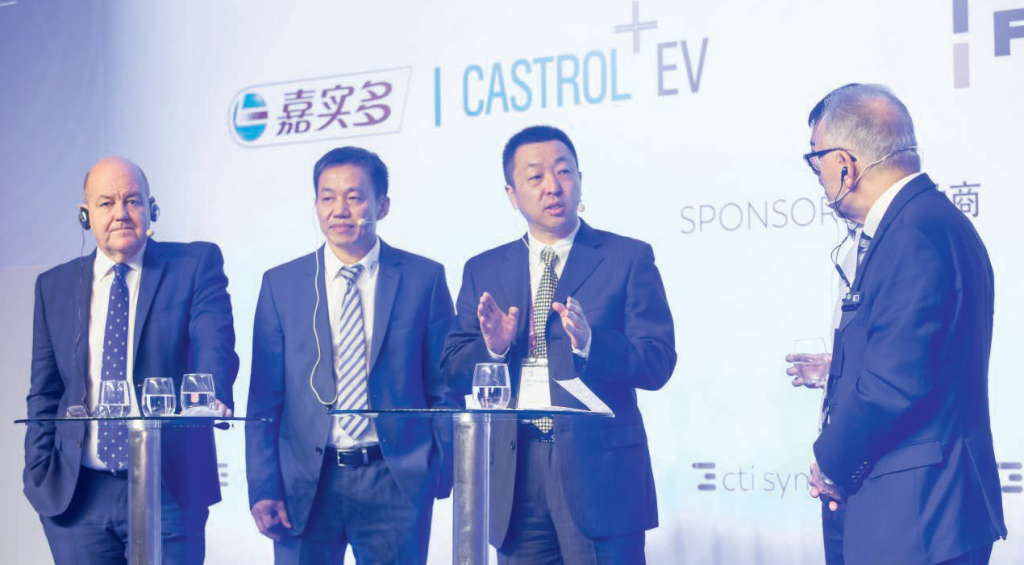 Things are getting harder in China for electric car manufacturers: lower state subsidies mean more competition in the market. As this year’s CTI SYMPOSIUM Shanghai reflected, Chinese OEMs were backing diversity in drivetrain solutions much as Europeans do.

In his introductory speech at the 8th CTI SYMPOSIUM Shanghai, Chairman Prof. Dr Ferit Küçükay said 2018 was a record year for global sales of electric cars. 1.35 million new EVs were registered, of which over 60 percent were ‘Made in China’. But now the game was changing for three reasons:

Firstly, OEMs in China must achieve an energy score of 12 (up from ten) starting next year, which requires more electrification. As readers will know, score points are available for PHEVs as well as for BEVs and FCEVs, with extra points for longer range.

Secondly, China was cutting subsidies for EVs. Some had been discontinued by regional governments, and the central government had halved its grants. Only cars with a range of more than 250 km would still be subsidized. According to German newspaper Handelsblatt, ranges beyond 400 km will get nothing at all.

Thirdly, internal combustion engines faced an uphill battle. The emissions standard China 6a takes effect in 2020, followed by China 6b in 2021. With 40 percent less NOX, 40 percent less HC and 35 percent less PM, China 6b will be stricter than Euro 6.

In one sense, customers in China are no different from anywhere else: the bottom line decides what they buy, and subsidies being dropped may change their decisions. Prof. Dr Kücükay said China currently had 460 EV manufacturers. Not all would survive in the new environment, a fact the central government seemed to be well aware of.

The new game rules may be shifting the focus of product development. As plenary speaker Shemin Zhang, Dongfeng, remarked, “Don’t let the media mislead you by what some media say.” Zhang said internal combustion engines would still be around, mainly as part of a hybrid drive because obviously, ICEs could not meet Chinese fleet requirements by themselves. Dongfeng pursues stateof-the-art ICEs as well as all kinds of electrification.

What are differences between China and Europe or US? The traditional panel discussion on Day One yielded an interesting insight. China’s own view is that it already leads for components like electric motors and batteries but has not quite caught up with Europe on ICEs. Even more, Dongfeng is highly active in new ICE concepts that meet both conventional use and hybrid drive requirements. Astonishingly, Zhang predicted that ICE efficiency could be increased to 45 – 50 % by 2030.

As for hybrid architectures, China too is experiencing competition between various concepts such as P2 to P3, power split, and multimode transmissions. Hongzhong Qi, Guangzhou Automobile Group (GAC), described his company’s in-house DHT ‘G-MC’ development, whose concept outperformed parallel and power-split concepts in benchmarking tests. The 1st-generation DHT has three modes: serial, purely electric and parallel, but with just one speed for EM and ICE. The second generation, due in 2021, will use the same basic concept, but with two speeds for the ICE. 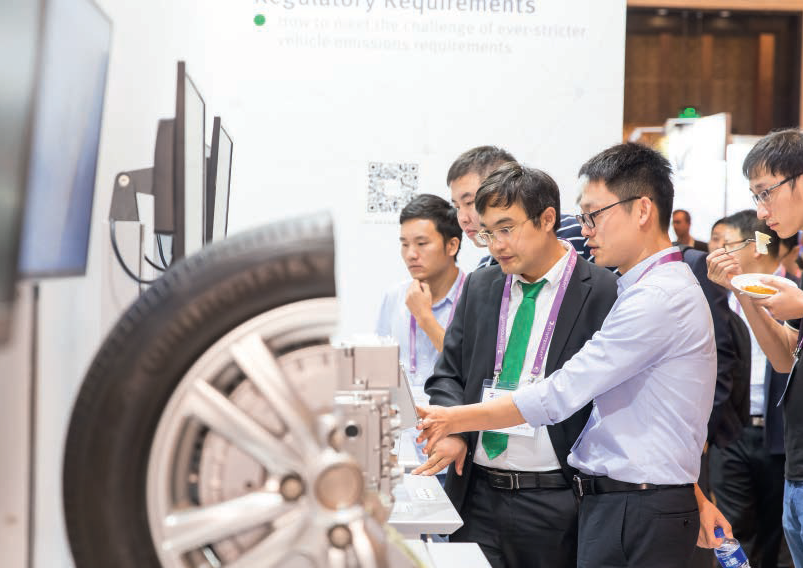 Qiushan Wang, AVL, predicted two development strands for hybrid powertrains in China. He foresaw DHTs, which can powersplit with the help of planetary gear sets, but also – like GAC – a trend towards ‘Layshaft DHTs’ with multiple gears that were more cost-effective than planetary gearsets. In general, ‘Multi-speed Layshaft DHTs’ combining DHT efficiency with gearset simplicity could be a trend well worth watching.

A Quarter will do

Not that pure EVs were suddenly off the agenda in Shanghai. Ping Yu, founder of Jin-Jin Electric (JJE), presented his company’s electric drive portfolio, which covers practically everything from private cars to heavyduty trucks. He also offered a JJE rule of thumb for the long-standing issue of how many gears EVs really need. Ping Yu said they need one-quarter as many speeds as a run-of-the-mill ICE. Hence, a small EV needs just one speed, high-performance cars or SUVs might need two, and heavy trucks three or four speeds. That compares with four to 16 speeds for an ICE drive.

The Audi e-tron presented in detail by Michael Schöffmann, Audi, needs just one speed, but uses electric motors with different power ratings on the front and rear axles. Interestingly, Audi opted for asynchronous machines on both axles, as Tesla originally did. Schöffmann said ASMs were affordable, robust, and brought no drag torque into the system. In the follow-up discussion, Zhang, Dongfeng, expressed his view that PSMs would dominate in future, adding that there was still much work be done. Issues included reducing magnet costs, shrinking the motors further, and reducing current flows to reduce demagnetization. Here too, it may be no ‘either-or’ but a coexistence of solutions according to specific requirements.

Download the CTI Mag to read the full article!